Still Looking For A New England 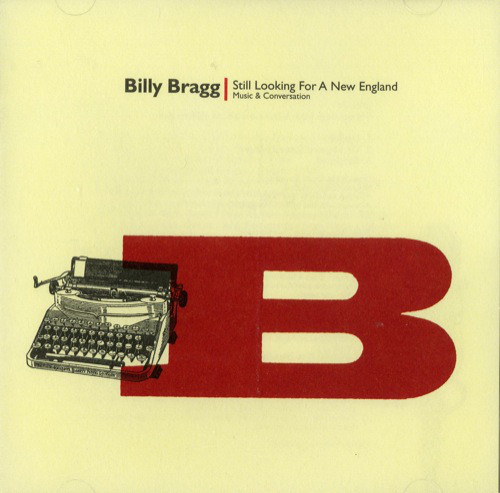 The Space Race Is Over

When I was young I told my mum
I’m going to walk on the Moon someday
Armstrong and Aldrin spoke to me
From Houston and Cape Kennedy
And I watched the Eagle landing
On a night when the Moon was full
And as it tugged at the tides, I knew deep inside
I too could feel its pull

I lay in my bed and dreamed I walked
On the Sea of Tranquillity
I knew that someday soon we’d all sail to the moon
On the high tide of technology
But the dreams have all been taken
And the window seats taken too
And 2001 has almost come and gone
What am I supposed to do?

My son and I stand beneath the great night sky
And gaze up in wonder
I tell him the tale of Apollo And he says
“Why did they ever go?”
It may look like some empty gesture
To go all that way just to come back
But don’t offer me a place out in cyberspace
Cos where in the hell’s that at?

I ought to leave enough hot water
For your morning bath, but I’d not thought
I hate to hear you talk that way
But I can’t bring myself to say I’m sorry

I used to want to plant bombs at the Last Night of the Proms
But now you’ll find me with the baby, in the bathroom
With that big shell, listening for the sound of the sea

I steal a kiss from you in the supermarket
I walk you down the aisle, you fill my basket
And through it all, the stick I take Is worth it for the love we make

I used to want to plant bombs at the Last Night of the Proms
But now you’ll find me with the baby, in the bathroom
With that big shell, listening for the sound of the sea
The baby and me

I stayed in bed, alone, uncertain
Then I met you, you drew the curtain
The sun came up, the trees began to sing
The light shone in on everything
I love you

The sun came up, the trees began to sing
The light shone in on everything
I love you

Billy Bragg Talks To Himself

I was twenty one years when I wrote this song
I’m twenty two now, but I won’t be for long
People ask when will you grow up to be a man
But all the girls I loved at school
Are already pushing prams

I saw two shooting stars last night
I wished on them but they were only satellites
Is it wrong to wish on space hardware
I wish, I wish, I wish you’d care

[Verse 3]
Thanks all the same
But I just can’t bring myself to answer your letters
It’s not your fault
But your honesty touches me like a fire
The Polaroids that hold us together
Will surely fade away
Like the love that we spoke of forever
On St. Swithin’s Day

Greetings to the New Brunette

Shirley, it’s quite exciting to be sleeping here in this new room
Shirley, you’re my reason to get out of bed before noon
Shirley, you know when we sat out on the fire escape talking
Shirley, what did you say about running before we were walking

Shirley, your sexual politics have left me all of a muddle
Shirley, we are joined in the ideological cuddle

Shirley, you really know how to make a young man angry
Shirley, can we get through the night without mentioning family

Chorus:
When the world falls apart some things stay in place
Levi Stubbs’ tears run down his face

She said it was just a figment of speech
And I said “You mean figure.” And she said “No, figment”
Because she could never imagine it happening
But it did

The next day we went on a bus ride to the ferry
And when nobody came to collect our fares
Well, I knew then this was something special

She began going out with Mr. Potato Head
It was when I saw her in he car park
With his coat around her shoulders that I realized

I confronted her about it
I said, “I’m the most illegible bachelor in town.”
And she said, “Yeah. That’s why I can never understand any of those silly letters you send me.”
And then one day it happened
She cut her hair and I stopped loving her

She’s Got A New Spell

Waiting for the Great Leap Forwards

I’ve always been impressed with a girl
Who can sing for her supper and get breakfast as well
That’s the way I am, heaven help me
He said, “We don’t like peace campaigners ’round here”
As he nailed another one to the wall
And that’s what gets me in trouble, heaven help me

Why do I want to hide whenever you show up?
You know your moods just make me want to throw up
Why don’t you just bloody well grow up?
You just sulk

And you tell me that you want to quit
And then you treat me like a piece of shit
And when I ask you, what’s that got to do with it?
You just sulk