Live at the Barbican 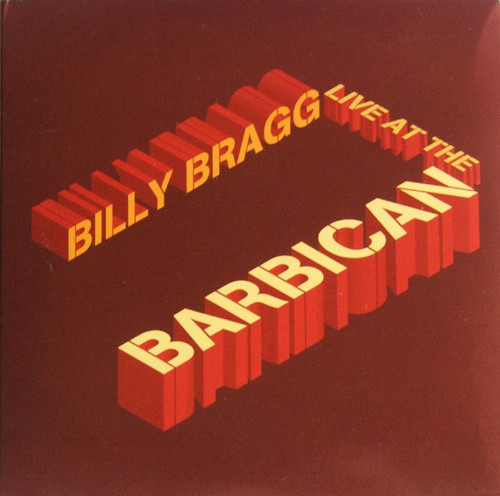 A hot day, the smell of hairspray
And the sound of a shower running softly
It’s things like this that remind me of how I felt
The first time you came back for coffee
The way you took it amazed me

No Power Without Accountability

The Fourteenth Of February

Did it rain or did sunshine attend out first meeting?
What words were said? What weight given to that first greeting?
My diary doesn’t help
I don’t even mention your name until that summer
When bloomed the
Seed sown on the first day that we met

I know the date, I know the place where in happened
Yet in my mind the scene I recall is imagined
As we grow old I’m sure
There will be moments that we will not forget
But I would
Remember something of the moment that we met

I’ll never forget the first day I met her
That September morning was clear and fresh
The way she spoke and laughed at my jokes
And the way she rubbed herself
Against the edge of my desk
She became a magic mystery to me
And we’d sit together in double
History twice a week
And some days we’d walk the same way home
And it’s surprising how quick
A little rain can clear the streets
We dreamed of her and compared our dreams
But that was all that I ever tasted
She lied to me with her body you see
I lied to myself ’bout the chances I’d wasted
The times we were close
Were far and few between
In the darkness at the dances in the school canteen
Did she close her eyes like I did
As we held each other tight
And la la la la la la la la means I love you
She danced with me and I still hold that memory
Soft and sweet
And I stare up at her window
As I walk down her street
But I never made the first team,
I just made the first team laugh
And she never came to the phone
She was always in the bath
I had to look in the dictionary
To find out the meaning of unrequited
While she was giving herself for free
At a party to which I was never invited
I never understood my failings then
And I hide my humble hopes now
Thinking back she made us want her
A girl not old enough to shave her legs

She Came Along To Me

But never, never, never,
Never could have it been done
If the women hadn’t entered into the deal
Like she came along to me

And all creeds and kinds and colors
of us are blending
Till I suppose ten million years from now
we’ll all be just alike
Same color, same size, working together
And maybe we’ll have all of the fascists
out of the way by then
Maybe so.

Who Are The Terrorists (talk)

The Wolf Covers Its Tracks

Our Fathers were all soldiers,
Shall we be soldiers too
Fighting and falling like soldiers do

Nothing is clear in this tactical unclear war
I can’t be bothered to find out
What we are fighting for
No one can win this war of the senses
I see no reason to drop my defences
So stand fast my emotions,
Rally round my shaking heart

Our Fathers were all soldiers,
Shall we be soldiers too
Fighting and falling like soldiers do

Blue eyes fighting the grey eyes fighting the tears
Armed to the teeth for a war of words
Reaching all the years
I advanced across a poppy field
I saw the gleam as you raised your shield
And love screamed down
With the sun behind its back
I knew once again I was under attack
So stand fast my emotions,
Rally round my shaking heart

BNP Is The Enemy (talk)

We work, we eat together
We need no swords
We will not bow to masters
Or pay rent to the lords
We are free men
Though we are poor
You Diggers all stand up for glory
Stand up now

Help Save The Youth Of America

When the lights go out in the rest of the World
What do our cousins say
They’re playing in the sun and having fun, fun, fun
Till Daddy takes the gun away

Don’t tell me the old, old story
Tell me the truth this time
Is the Man in the Mask or the Indian
An enemy or a friend of mine

Everyone knows that there’s no place like home
But I’m just seeking refuge in a world full of storms
Washed up on a distant shore, can’t go home anymore

At the top of the stairs
Is darkness

You were so tall
How could you fall?

Way Over Yonder In The Minor Key

I lived in a place called Okfuskee
and I had a little girl in a holler tree
I said, little girl, it’s plain to see,
there ain’t nobody that can sing like me

We walked down by the Buckeye Creek
to see he frog eat the goggle eye bee
To hear that west wind whistle to the east,
there ain’t nobody that can sing like me

Oh my little girly will you let me see,
where over yonder where the wind blows free
Nobody can see in our holler tree
and there ain’t nobody that can sing like me

Now I have walked a long long ways
and I still look back to my tanglewood days,
I’ve led lots of girlies since then to stray
saying, ain’t nobody that can sing like me

Dry Bed/Rock Out With Yer Cock Out (talk)

All The Young Dudes