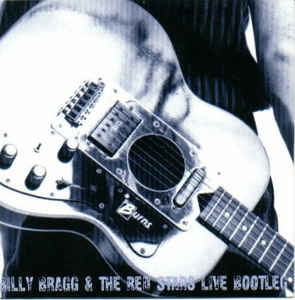 To Have And To Have Not

If you look the part you’ll get the job
In last year’s trousers and your old school shoes
The truth is son, it’s a buyer’s market
They can afford to pick and choose

At twenty one you’re on to of the scrapheap
At sixteen you were top of the class
All they taught you at school
Was how to be a good worker
The system has failed you, don’t fail yourself

Ontario, Quebec And Me

And you know what a fool I am
With my short attention span
Flying in the rainy season too,
Nothing can keep me away from you

I saw a man build a shelter in his garden today
And we stood there idly chatting
He said: “No, no I don’t think war will come”
Yet still he carried on digging

A hot day, the smell of hairspray
And the sound of a shower running softly
It’s things like this that remind me of how I felt
The first time you came back for coffee
The way you took it amazed me

Why do I want to hide whenever you show up?
You know your moods just make me want to throw up
Why don’t you just bloody well grow up?
You just sulk

If you want to bend my arm,
Well you could do it with a little more charm,
But you just couldn’t bear to do me any harm
So you just sulk

And you tell me that you want to quit
And then you treat me like a piece of shit
And when I ask you, what’s that got to do with it?
You just sulk

Chorus:
I will cross this body of water
If you promise you won’t try this at home

You’re where you want to be
Where am I, I’m up a tree
I had a hurt attack
Rolled away, now I’m bouncing back

Summer could take a hint
Seeing you in a floral print
Oh, to become a pearl
In the wordy world of the Cornflake Girl

Ship In My Harbour

He said
Honey, I’m sure that you’re getting bored in this town
They’d love you in LA
The way that you say “Baby, get down”
Here’s my telephone number
But I can’t always promise I’ll be home
I’ve come ten thousand miles to be with you tonight
Don’t make me spend this night alone

I can’t blame you for what you did
It’s like a television opened up
And they invited you in
And the way he said “Honey”
And that Wayne Rogers grin
” I searched the seas all my life
Oh baby, where you been ?”

And I hear you’ve been covering the waterfront
Crying “Loverman, where have you been?”
There’s a ship in my harbour again

I can’t blame you for what you did
It’s like the television opened up
And they invited you in
There’s nothing harder to resist
Than a stranger’s kiss
Why the hell do you think that I sing like this?

And I hear you’ve been covering the waterfront
Crying “Loverman, where have you been?”
There’s a ship in my harbour again

War! What is it good for
It’s good for business

I hate you
When I see you on the street
Acting hard, thinking on your feet
Treating me like some piece of meat

I forgive you
The things you do
Forgive me too

I forgive you
The things you do
Forgive me too

Thinking back now,
I suppose you were just stating your views
What was it all for
For the weather or the Battle of Agincourt
And the times that we all hoped would last
Like a train they have gone by so fast
And though we stood together
At the edge of the platform
We were not moved by them

With my own hands
When I make love to your memory
It’s not the same
I miss the thunder
I miss the rain
And the fact that you don’t understand
Casts a shadow over this land
But the sun still shines from behind it.

Greetings To The New Brunette (Shirley)

Shirley,
it’s quite exciting to be sleeping here in this new room
Shirley,
you’re my reason to get out of bed before noon
Shirley,
you know when we sat out on the fire escape talking
Shirley,
what did you say about running before we were walking

Shirley,
your sexual politics have left me all of a muddle
Shirley,
we are joined in the ideological cuddle

Shirley,
you really know how to make a young man angry
Shirley,
can we get through the night without mentioning family

Shirley,
give my greetings to the new brunette